Yeah!!! Just got to know about this Burger King promotion. 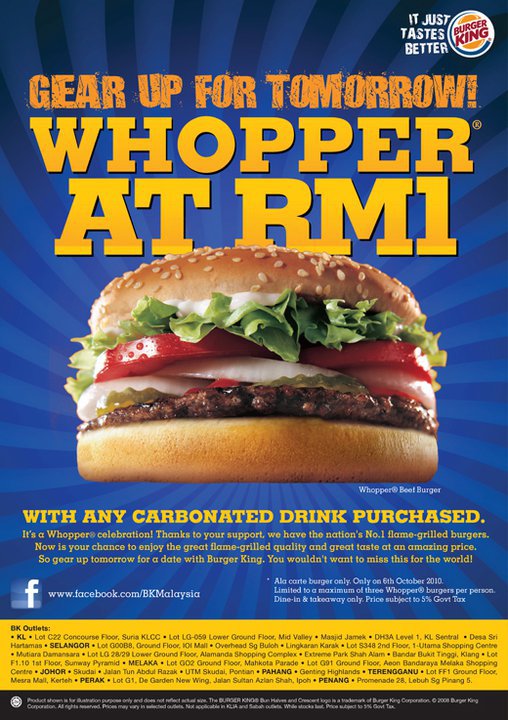 At first glance, I was thinking, “Wah, are you sure? Is there such a nice thing to happen?” It’s not that really RM1 but still a good deal! You purchase any one carbonated drinks and you will be entitled to buy up to 3 Whoopers burgers.

1 Whooper Burger & 1 carbonated drink including 5% government tax will total up to less than RM5. Quickly grab one. Only 6th October 2010. From 11am to 10pm only. Dine in or take away only.

Mind you, the place is quite small and prior to this promotion there are people complaining about the long queue or lack of place to seat. So, be prepared for tomorrow’s ‘battle’. Haha. =P 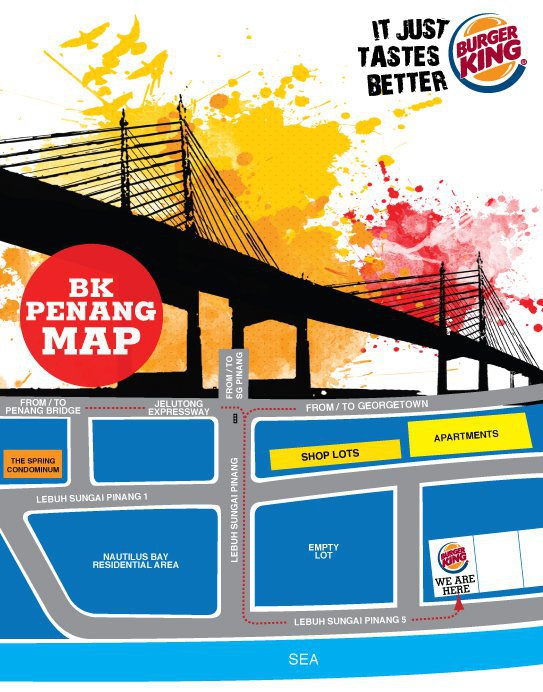