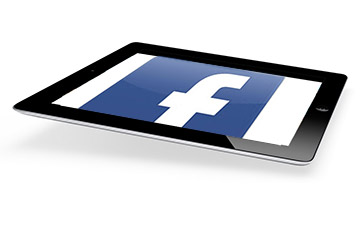 Yup. In the next few weeks time, check your App Store (or check my blog for updates) to download the official Facebook App from Facebook Inc.

It is said that Facebook app is already in its final stages of testing after being in production for almost a year. Last time, Facebook has managed to release iPhone Facebook app in time with the launch of Apple App Store in July 2008.

After more than a year of the launch of iPad, there’s still no official app from Facebook. What we have are third party App for Facebook like MyPad, Friendly, iFace and etc which I found that are not satisfactory. Those third party apps for Facebook are very buggy and are not fully optimized for iPad.

‘in coming weeks’ is a very vague statement. Hoepfully, the official Facebook App will be launched in July 2011.