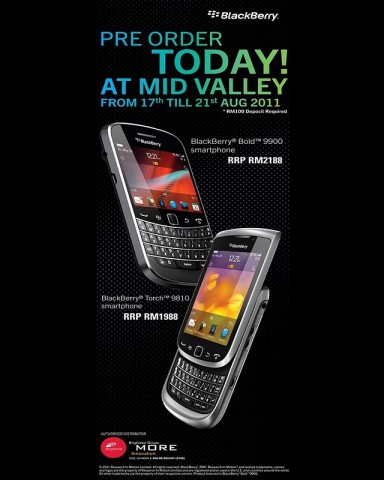 This week has been about berries and tablets.

The price for Blackberry Bold 9900 is RM2,188 and Blackberry Torch 9810 is RM1,988 as seen in Brightstar, an authorised distributor of Blackberry.