Should I Buy iPad 2 From Grey Markets or Individual Resellers?

Well, after hearing the delay of iPad 2 launch in Japan, I was thinking on how to get my hand on iPad 2 as soon as possible.

I have two options. First, ask my friend in US to ship one to me. Second, purchase iPad 2 from grey market in Malaysia.

After trying to get more information on the tax for bringing in iPad 2 into Malaysia and the AP charges, I was frustated because there are so many version of tax information and lack of reliability of the information. So, I was so tempted to get one from the grey market in KL. iPad 2 was selling RM2,000++ which is quite a good deal when you factor in the costs of shipping and paying your friend a favor.

Before buying, I surfed the Internet to check whether iPad 2 has any issues because purchasing from grey market will certainly has no warranty except you fly to US to have your iPad 2 fixed. And I found these:

Yellow tinting at the edge of iPhone 4.

Some iPad 2 owners claimed that their iPad 2 screens have yellow tinting. The yellow screen tinting issue seems to be the same as iPhone 4. It’s believed that this issue will go off after using the iPad 2 for a few days. This issue is being explained below:

Apple is using a bonding agent called Organofunctional Silane Z-6011 to bond the layers of glass. Apparently, Apple (or more likely Foxconn) is shipping these products so quickly that the evaporation process is not complete. However, after one or two days of use, especially with the screen on, will complete the evaporation process and the yellow “blotches” will disappear.

Phew… For those who have bought iPad 2 through grey market, wipe your sweat cause it’s not a big problem. But the next issue is kinda big. 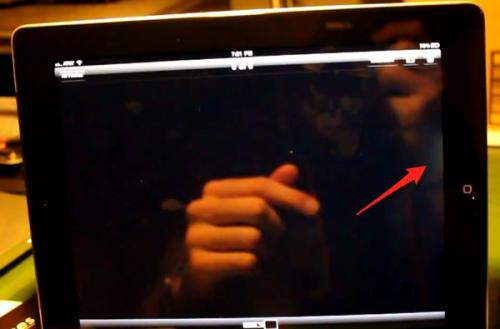 iPad 2 screen has excessive light bleeding or leaking out from the edges.

Some iPad 2 owners complained of excessive light bleeding or leaking out from the edges of iPad 2 especially while viewing dark video/image. It’s unsure whether this is an isolated issue or is affecting a large number of iPad 2 models.

This is big shit. Imagine after enjoying the spotlight and the envy of your friends with your brand new iPad 2, your iPad 2 has this light bleeding issue while watching Batman: Dark Night. Suddenly, your extra 100%++ premium that you paid to enjoy this new technology becomes worthless and you have no one to help you out with this issue.

Some even got to the point of not wanting to exchange their iPad 2 and chose to wait until this issue is solved. Inside source said that Apple is currently working out a solution for this issue and will be able to fix this defect soon. Some of the angry or disgruntled customers get Smart covers for free because of this issue. Well, this is indeed a big issue in US and hopefully Apple is able to fix it before the international market launch on this March 25, 2011.

So, I finally decided to wait for the launch of iPad 2 in either Malaysia or Singapore to get my iPad 2. The wait is worth the peace of mind that I will get from the warranty.