Official Price for iPad 2 in Malaysia!!!

It’s even cheaper than previous iPad launch in Malaysia last year. Is it because our Ringgit has appreciated better than the US greenback?

Anyhow, how many of you are going to queue up in front of Apple stores? Currently, Switch is not accepting any bookings and there’s limited stocks available only. That’s really sad… Have to wake up early to queue up. Anyone queuing up in Penang? Leave me a message. Maybe we can queue up together. The more the merrier.

UPDATE: Switch has put up their sales copy of iPad 2 and its accessories. 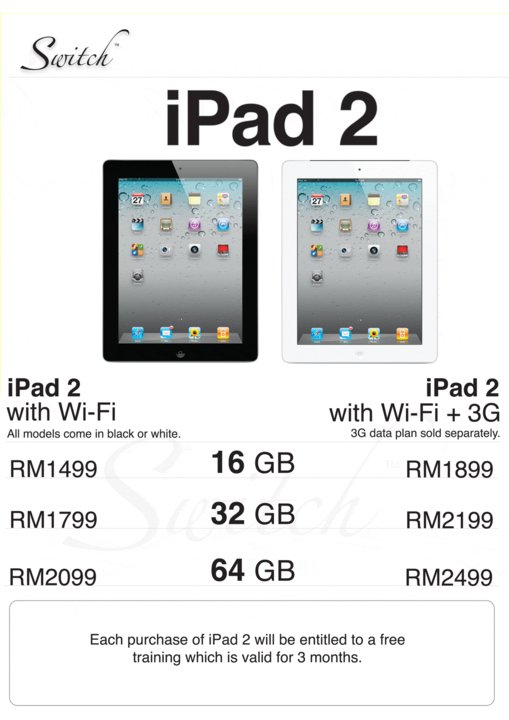 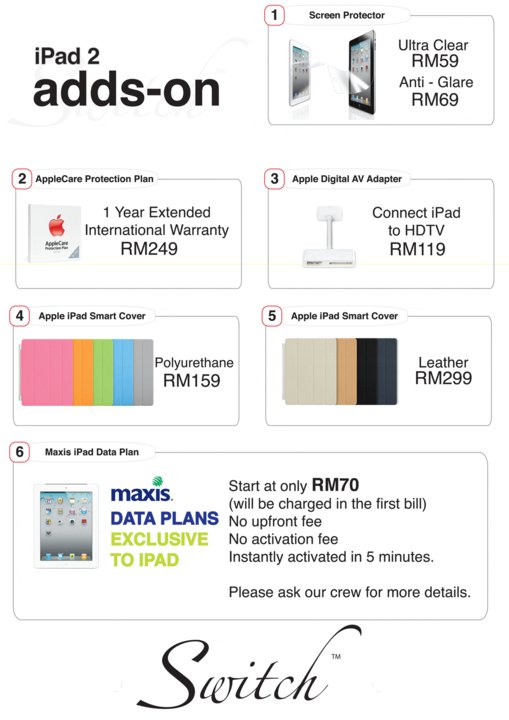