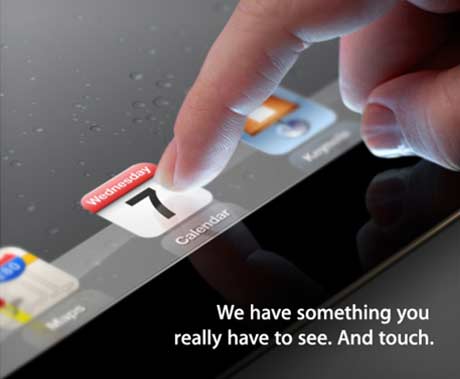 It’s another 1 hour or less to go before we get to know the answer in Apple’s event, ‘something you really have to see. And touch.’ at Yerba Buena Center for the Arts Theater in San Francisco at 10am Wednesday, March 7 2012 (2am March 8 2012 for Malaysia time). It’s the same place where Apple debuts iPad 1 and iPad 2. March 7 is also the same date when Steve Jobs revealed the first iPad to the world.

There’s nothing confirmed with Apple until the official announcement although the iPad HD seems to be the real thing.

I still hope that Apple will introduce ground-breaking design or features for its upcoming products.

Here’s a list of websites that provides live blog for the Apple iPad HD event:

Those of you who are still considering whether to buy iPad or not, please buy. It’s a matured and good tablet now with its improved camera function and retina display. The main question now is, ‘What is the price of iPad HD or iPad 3/2S in Malaysia?’

While waiting for the event, enjoy this YouTube video of a concept iPad 3.