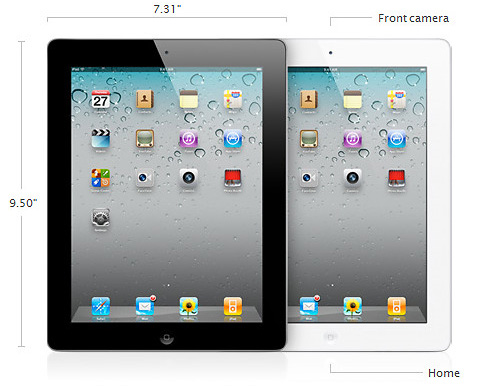 Apple Inc today has announced in the their press release that iPad 2 will be launched in Japan on Thursday, April 28, 2011 and Hong Kong, Singapore, Korea and eight addtional countries on Friday, April 29, 2011. Which are the eight additional countries? Is Malaysia in the list?

iPad 2 will be available at all Apple Retail Stores and select Apple Authorized Resellers at 9am local time and also available through online ordering at Apple Store at 1am local time.

Now that the launch date is already confirmed. What will be the price of iPad 2 in Malaysia? Please let us know earlier, Apple Stores and Apple resellers in Malaysia.

And what does select Apple Authorized resellers means? Does that mean that some Apple resellers will not be selling iPad 2? Well, we will have to wait until April 29, 2011.

Be prepared to get leave and make yourself free on Friday, April 29, 2011, Apple fanboys and fangirls.