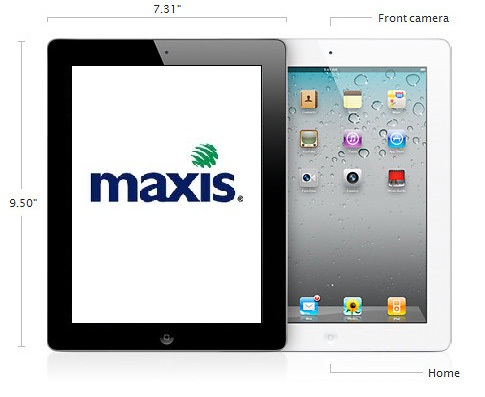 ‘Meanwhile, on the iPad 2, he said the company is expected to launch the device in the third quarter of this year. — Bernama’ Quoted from Business Times.

This is what T. Kugan, Maxis’ Vice President & Head of Products, Devices & Innovationn said during the launch of Maxis Integrated Partner in Education (MIPE) on April 5, 2011.

This really paints a bleak prospect for Malaysian who wish to own iPad 2 as soon as possible. Now, the other alternative is to go to Singapore to get iPad 2 on April 22, 2011 (Friday). I read in the Internet that Singapore, being a tech-savvy country, will usually don’t have enough stock to cope with demand in the first few months after the launch. So, those who are itchy for iPad 2 have to queue up early to get their iPad 2 in Singapore. 😛

iPad 2 coming to Malaysia this July???