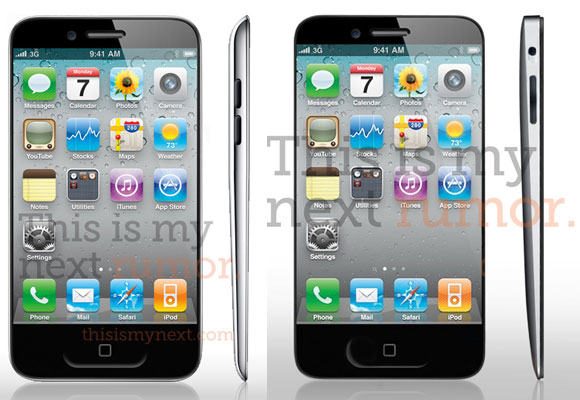 Bloomberg reaffirms the rumors that iPhone 5 is coming this September 2011. Based on a source close to Apple, iPhone 5 will pack A5 processor chp, the same used in iPad 2 and a 8MP camera.

iPad 3 with a higher resolution is also in work and is rumored to have the Retina display like iPhone 4. The upcoming iPhone 5 will be running the iOS 5, previously previewed at Apple’s WWDC 2011 event.

Sony is rumored to supply Apple the 8-megapixel camera. Woots! That’s good news to me!

And a cheaper and smaller iPhone is in the works for the developing countries, one of the source said.

Finally, iPhone 5 with its current rumored specs, A5 dual core processor, 8-megapixel and iOS 5 is a matured iPhone and it’s worth its price!

Again, my prediction is iPhone 5/iPhone 4S will launch in Malaysia somewhere January 2012 or February 2012.