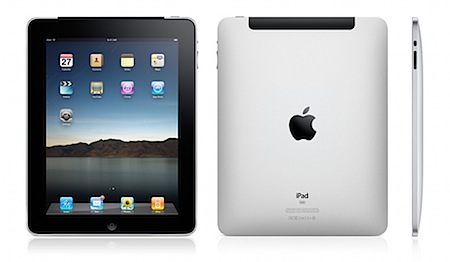 iPad is here in Malaysia already!

Actually, it’s another 12 hours before the official launching! Anyway, Malaysian can enjoy iPad now although many had purchased the iPad overseas. Why is it that everything is always last in Malaysia? Maybe should write an email for Steve Jobs? 🙂

Here’s the Maxis iPad leak. Thanks to springfellow, a senior member of Lowyat.net forum. 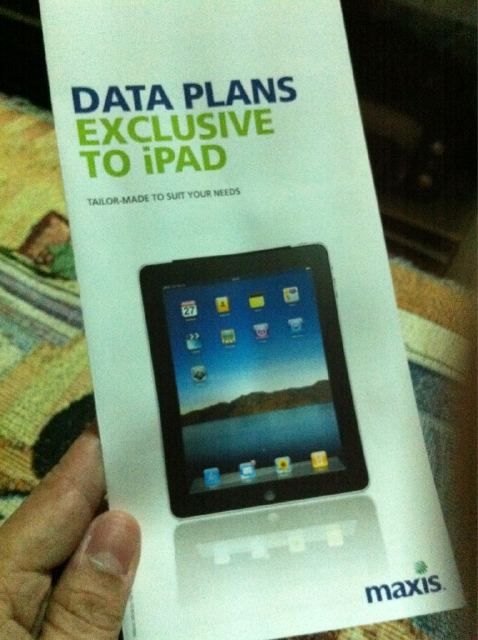 The brochure for Maxis data plans for iPad. 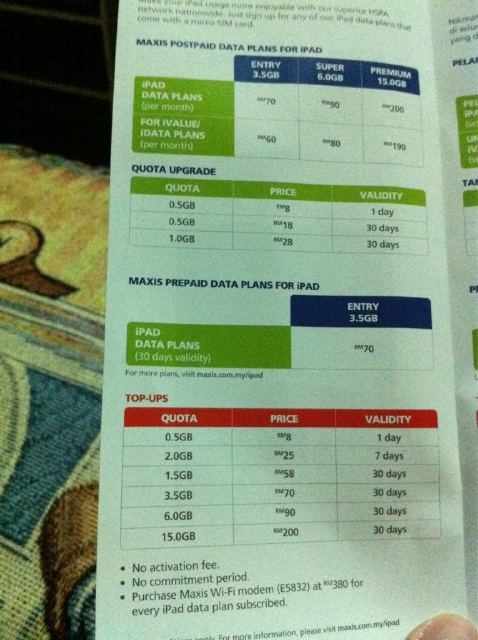 FMHO, it’s DAMN expensive. I don’t think I will take this kind of plans (of course, unless someone sponsors me.)

This data plan does not come with a contract which means that you can activate or cancel the plan anytime you like. Good news for everyone!!!

And the most important thing. The price of iPad in Malaysia!

The ESTIMATED price range for each Apple iPad:

Why do I put it this way? Because there are a few sources who quote different prices for iPad.

This quote is even worse. There’s no exact specification as to which models are these iPad with their respective prices.

At least, we can feel the heat of iPad starts to build in Malaysia!

Let’s compare the prices of all iPad models with our neighbouring country down south, Singapore.

These prices are direct conversion using XE Currency Converter in my girlfriend’s iPhone 3GS. They do not reflect the true value of currency conversion. Well, it seems that some of the models are cheaper compared to Singapore and some are more expensive.

Well, we can only take the speculated prices of iPad models with a pinch of salt and wait for the official launching of iPad by Maxis on 30th November 2010.

FMHO, I will again wait for the next generation of iPad that will have even more better features, like a front camera for Facetime and a 3 axis gyroscope for better gaming experience. Heck, even my friend who is using iPad in US advised me to wait for Gen 2 iPad. But, if you have the extra cash or you tak boleh tahan liao (cannot resist the temptation), go ahead and make love with this machine! Haha 🙂