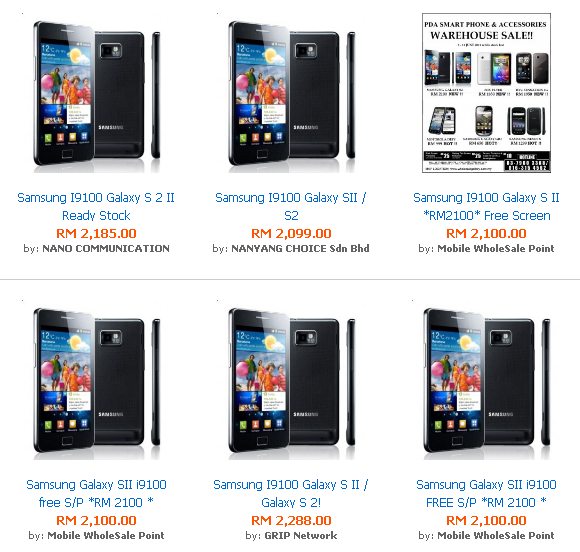 The fiercer the competition, the better it is for the consumers. Last year, Samsung Galaxy S was priced at Rm2,599 (RRP) and now with upgraded specs, it’s priced around RM2100 – RM,2300.

I wonder how Maxis will bundle this phone with its call and data plans. Will it be like last time? RM900 rebate with 1 year contract. RM1,200 is certainly a very attractive price. Well, it’s one more week before we know everything. 🙂