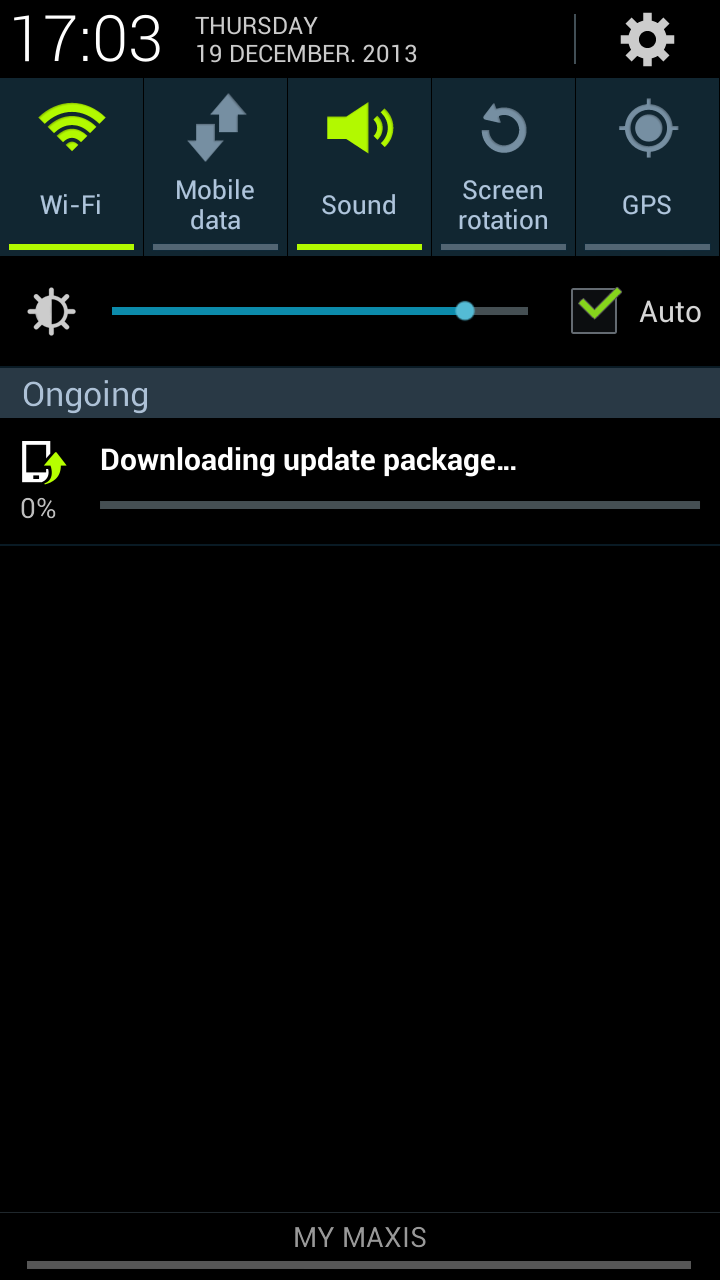 The much awaited Samsung Galaxy Note 2 Android update is finally here! Android 4.3 update!!! Yay! After been checking the Software Update for nearly 2 weeks, finally my phone just got it. I was reading messages and I just got the itch to check whether the update is here or not and lo and behold, I got the update! 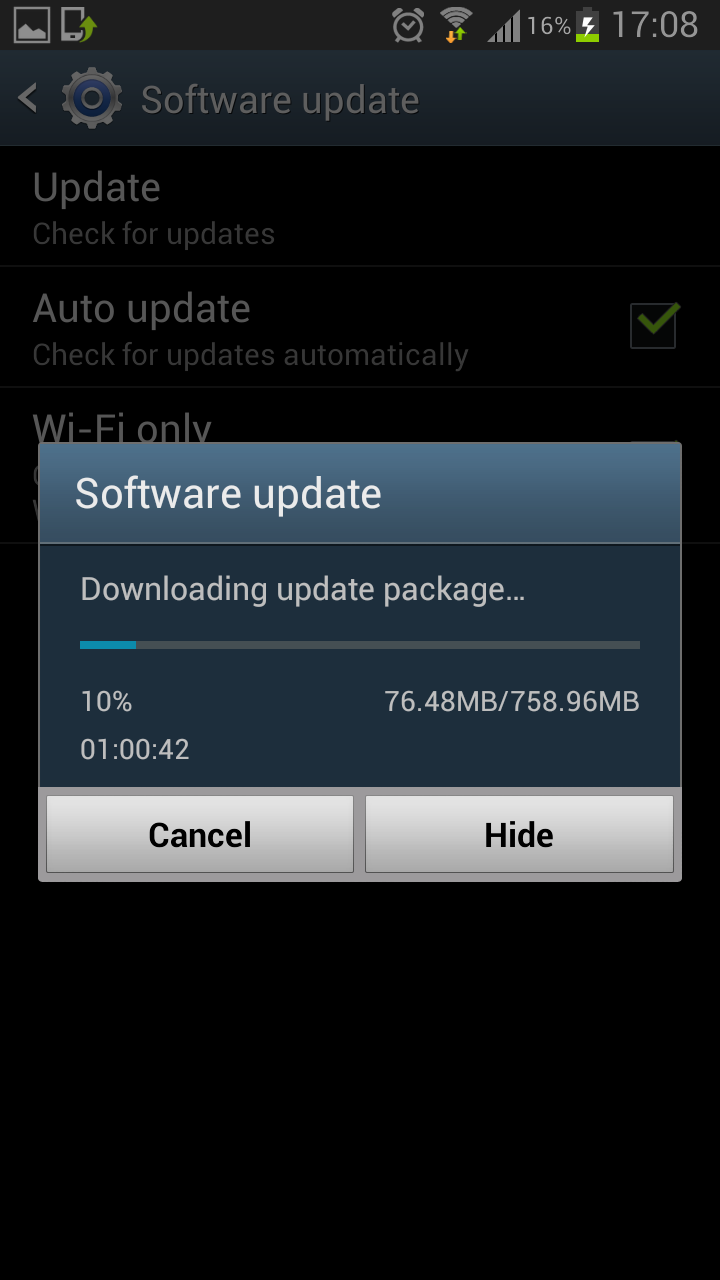 The file size is rather big. 758.96MB. It will take some time to download the package. 🙂 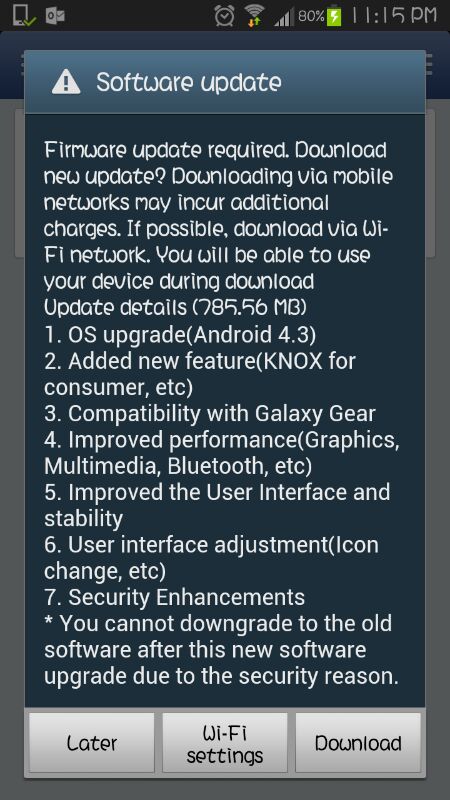 Here is the printscreen from my friend who got the update a few weeks ago. 🙂

According to SamMobile, here is the list of features and improvements that comes with the Android 4.3 update:

My friend who owns a Samsung Galaxy Note 2 LTE version from Hong Kong got her Android 4.3 update a few weeks back and she said the speed is faster and the screen display is better. I am so excited.

You can use OTA update. Just go to Settings –> About Device –> Software Update. Or just plug your Note 2 to your computer and go to Samsung KIES.