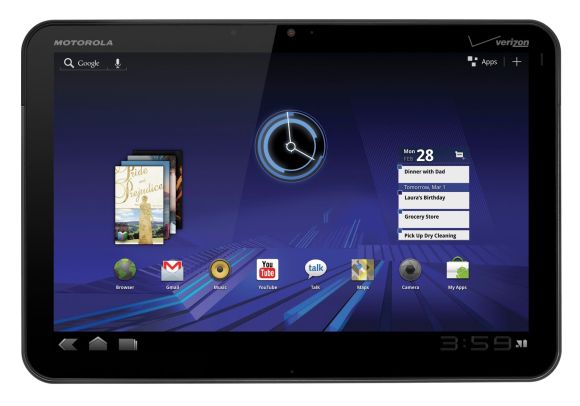 They have received media invitation to Maxis Motorola Xoom launch on Thursday, April 28, 2011. How will Maxis bundle their data plans with Motorola Xoom as currently only WiFi model of Motorola Xoom is available still remains an interesting question. Don’t worry, in 2 more days, we will know about it. You have waited for so long already, right? Why don’t wait extra 2 more days? 😛

The price is actually quite competitive as iPad 2 32GB is rumored to be selling at RM1899. This might cause some people who are thinking of buying iPad 2 to make an U-turn because of this. So, how much will Maxis sell its Motorola Xoom? Is this the reason why some Apple resellers are allowing pre-booking of iPad 2? Hmph. 😛

Talking about soyacincau.com, I am so envy of them for being invited for so many technology & gadgets events and being able to review all the gadgets before all of us. T_T (Crying… just in case you don’t know what this symbol means :-P) When will I have my chance to be invited to media events for all the gadgets?