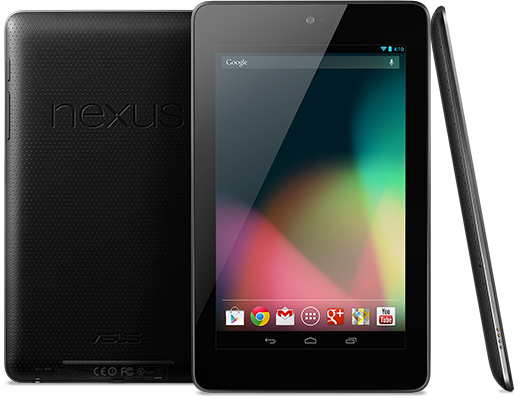 The first device in the world running Android 4.1 Jelly Bean.

Finally, the long awaited Google tablet is coming to Malaysia soon. Google Nexus 7 is reputed to be the one of the best Android tablets and the price is very competitive. US$199. Many Android tablets failed to impressed a lot of people but this tablet has been receiving great reviews from Engadget, Mashable and Gizmodo.

This Nexus 7 gives a stiff competition to Amazon Kindle Fire. This is the only one Google flagship device that Google has done it right so far. Everything from its hardware to its software and price is right except its packaging. Its packaging is too tight that many reviewers are having a lot of problem opening it. I hope that Google will improve its packaging in the future. 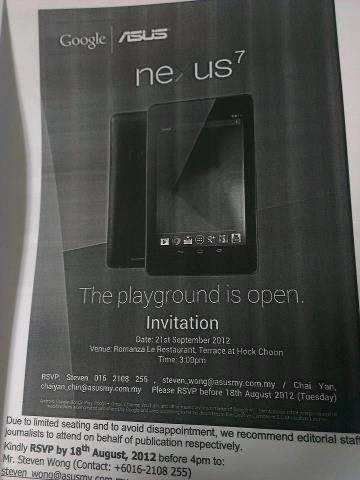 Here is the leaked photo of the Google Nexus 7 invite by Google & Asus.

Stay tuned to this blogpost as I will update the official price for Google Nexus 7 in Malaysia when I get the information.

Let’s enjoy the Google Nexus 7 promotional video while waiting for it to launch in Malaysia.

Here are the specs of Google Nexus 7.

What’s your say? Will you be buying Google Nexus 7?

Here is the leaked photo of the Google Nexus 7 invite by Google & Asus.